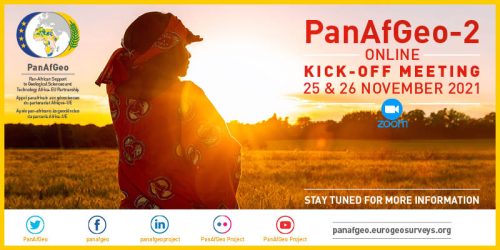 The PanAfGeo community is delighted to announce the official launch of the second phase of the PanAfGeo project, at an online meeting on 25th – 26th November 2021.

PanAfGeo Phase 2 builds on the success of Phase 1, a training programme implementing the transfer of knowledge between European and African Geological Surveys and institutional strengthening of African national administrations in charge of geology and mining. The project will continue to serve as a reference of a continental scale partnership and development project in the field of geosciences.

The opening meeting, held online on 25th – 26th November 2021, included approximately 70 representatives from across Europe and Africa, representing some 50 African and European countries. Attendees included some of the main contributors to the project work packages, representatives of Geological Surveys in Europe and Africa, UNESCO, the African Union Commission, the European Union, and other stakeholders.

The panel reiterated the need for ongoing strong partnership between the EU and the African national geological surveys, and were united in their praise for the community that has been created and the advances that have been made during Phase 1 of the project. The many successes of the project so far were highlighted, as well as the urgency required in tackling many of the issues that still remain in the continent, in particular the participation of women and children in the mining industry. Ozlem Lopez of UNESCO brought the congratulations of the organisation for all the work that has been done so far, and pledged support on behalf of UNESCO for the new phase.

The presentations from each of the work packages made it clear that while much has been done to support the African community of geological surveys and the work that they do across the continent, there was much that could still be achieved, and anticipation for the positive outcomes of phase 2 were high. Future targets were unveiled, together with acknowledgments of the excellent work done so far. Areas of concern included the effect of the Covid-19 pandemic, and steps will be taken to ensure that the project continues in spite of the uncertainty around travel and meeting face to face.

Prof. Komlavi Francisco SEDDOH, Representative of TOGO on the Executive 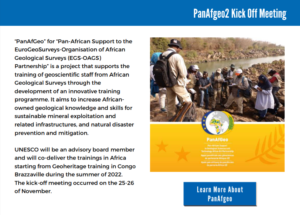 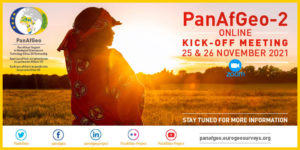 The PanAfGeo community is delighted to announce the official launch